0
was successfully added to your cart.

January 2015 – As has become expected, Roush Performance announced they will be making their Roush Special Edition Mustangs for 2015. Using the all-new S550 platform, the new Roush Mustangs no doubt will be the best they have released to date. Roush also announced they will release a number of “stages” that feature everything from styling upgrades to serious performance mods sporting superchargers and big power numbers. Ford Racing and Roush Performance also released several drivetrain upgrades for the Roush Mustangs, including new Ford Racing Half-Shafts, manufactured by GForce Engineering – Wichita, KS. These new axles upgrades for the Roush cars are capable of supporting well over 1,000+HP and will be nice drivetrain upgrade for the performance edition Mustangs. Rough Mustangs are expected to hit the lots in late spring 2015. 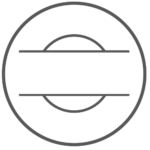